FedSoft leads the Linux Systems Engineering and Architecture team at the US Census Bureau. Partnered with Red Hat Inc. since 2011, our engineers provide systems and network engineering and systems administration services to our government customers. We consistently architect solutions in the complex Census Bureau environment that are scaleable, efficient, and responsible with government funds. As the on-site subject matter experts, we serve as Tier 4 escalation for the most difficult operational problems. We are called upon to engineer innovative technical solutions to solve demanding enterprise challenges related to Cloud Services, Performance Testing, Automating Server Provisioning, and Shared Enterprise Services through Software as a Service (SaaS) amongst many others. 

The Census Bureau has an initiative to migrate from legacy operating systems and hardware over to Red Hat Enterprise Linux running on IBM Blades and VMWare Virtualization. FedSoft resources were requested by Red Hat and the Census Bureau to help lead the effort to migrate and re-architect legacy systems and hardware into the preferred architecture. As part of that effort, FedSoft has helped ensure the successful migration of 91% of the legacy virtualized systems into the new VMWare Environment.

In tandem with system migrations and architecture, FedSoft has been key in identifying and implementing a framework of standards and streamlined best practices for the Census Bureau. Our employees have been critical resources in redesigning the entire server build process, from gathering customer requirements, engineering solutions, server provisioning and configuration, all the way through customer validation and acceptance of the system. The FedSoft engineering team was tasked with identifying, standardizing, and automating common applications used at the Census Bureau. As a result of that effort, servers built with the standards put forth by FedSoft have realized build improvements of up to 87% faster over a comparable architecture from 2012.

FedSoft is proud of the work that we have done at the US Census Bureau as a partner with Red Hat, and excited to be in a position where we can contribute and serve our clients so effectively.

FedSoft provides diverse experience with systems security, administration, and network management provide our customers with reliable daily operations and infrastructure support through the complete technology lifecycle.   In doing so, we deliver the stability that allows for effective architecture, engineering, integration and optimization across the enterprise.

IT Infrastructure that has been comprehensively planned and designed is the cornerstone of success for any enterprise. Systems Architecture encompasses the understanding of the physical and organizational structure, challenges and risks, current environment state, as well as end goals, security challenges, and strategic IT initiatives. 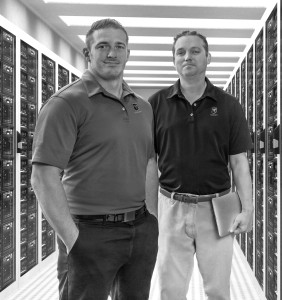 FedSoft system and solution architects have expertise that ranges from small-scale private environments to enterprise-scale government data centers. Our staff obtains a comprehensive understanding of the environment, requirements, and needs prior to proposing solutions. This ensures the delivered architecture will meet and exceed expectations and yield reliable daily operations for our customers. It is essential that our customers have on-site technical experts who are well-versed in the leading technologies, hardware, and products that power business in today’s market. FedSoft is proud to provide technical architects with real-world experience and industry-recognized certifications.  FedSoft positions our customers to be recognized leaders in their field by delivering integrated solutions that utilize the best of today’s technologies.

Some facets of Systems Architecture which we address include:

FedSoft develops cloud implementations utilizing various industry recognized technologies for Infrastructure-as-a-Service (leaS), Platform as a Service (PaaS), and Software as a Service (SaaS) for both on-premise and off-premise cloud solutions.

FedSoft resources are sought out by customers to assist in requirements gathering, market research, active testing, selection and deployment of next-generation hardware. This includes stand-alone servers, blade systems, as well as converged, and hyper-converged platforms.

FedSoft has lead efforts to implement virtualized environments for customers that had not yet taken advantage of the many benefits that virtualized infrastructure offers. In additional to new deployments, FedSoft leads efforts for our customers to perform upgrades of existing virtualization technology in large enterprise environments.